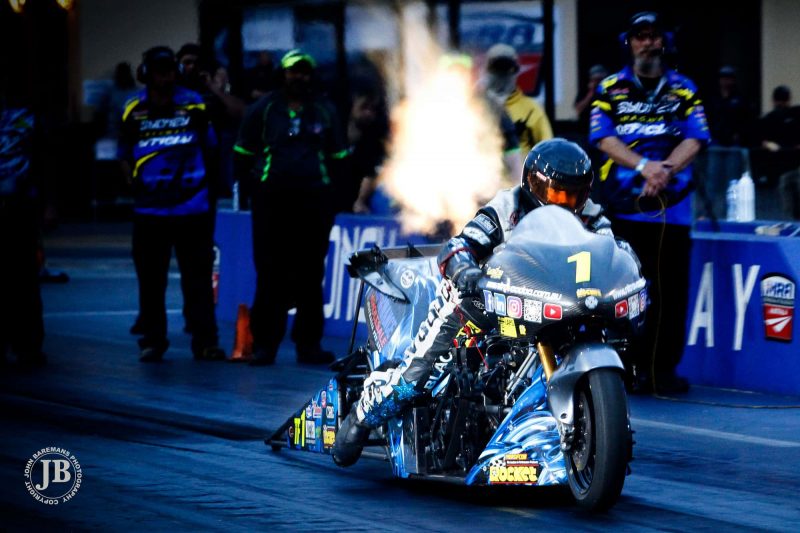 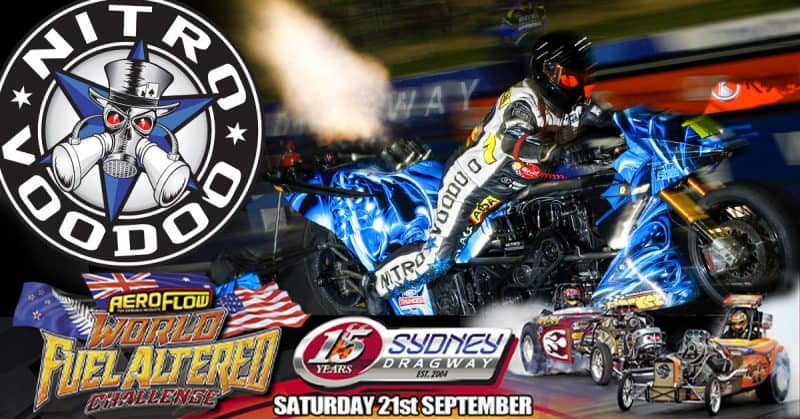 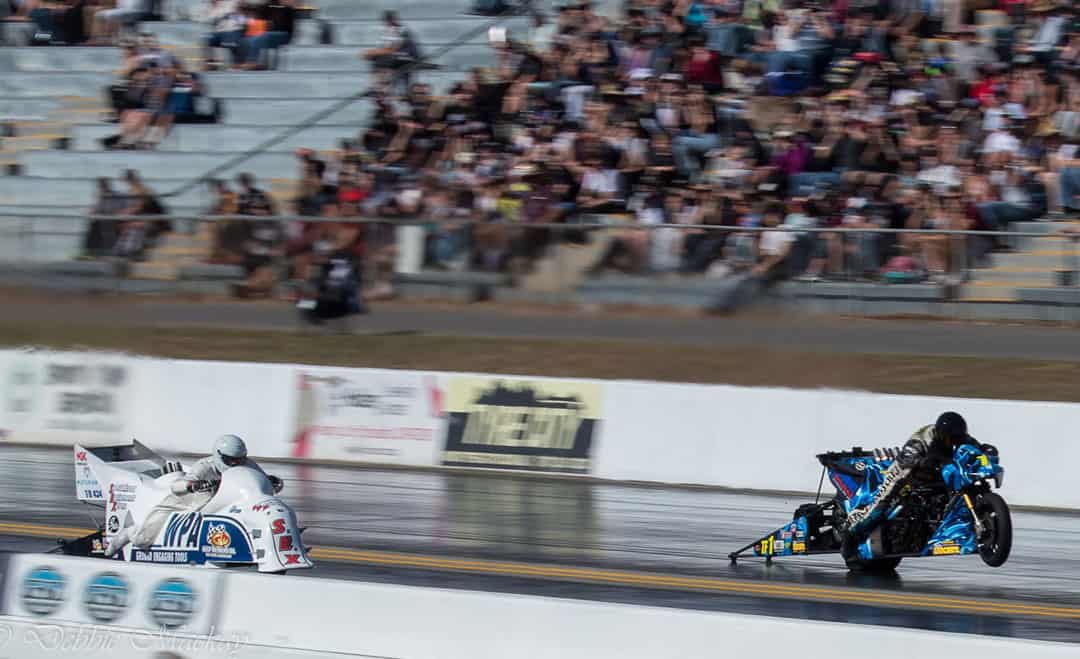 JUNE 12, 2019: Brisbane’s Chris Matheson dominated the 400 Thunder Top Bike category at the 52nd Gulf Western Oil Winternationals Not only recording the quickest motorcycle ET in Australian drag racing history but also nailing his sixth Top Bike championship. The Winternationals is the longest running and biggest drag racing event outside of the United States and […] 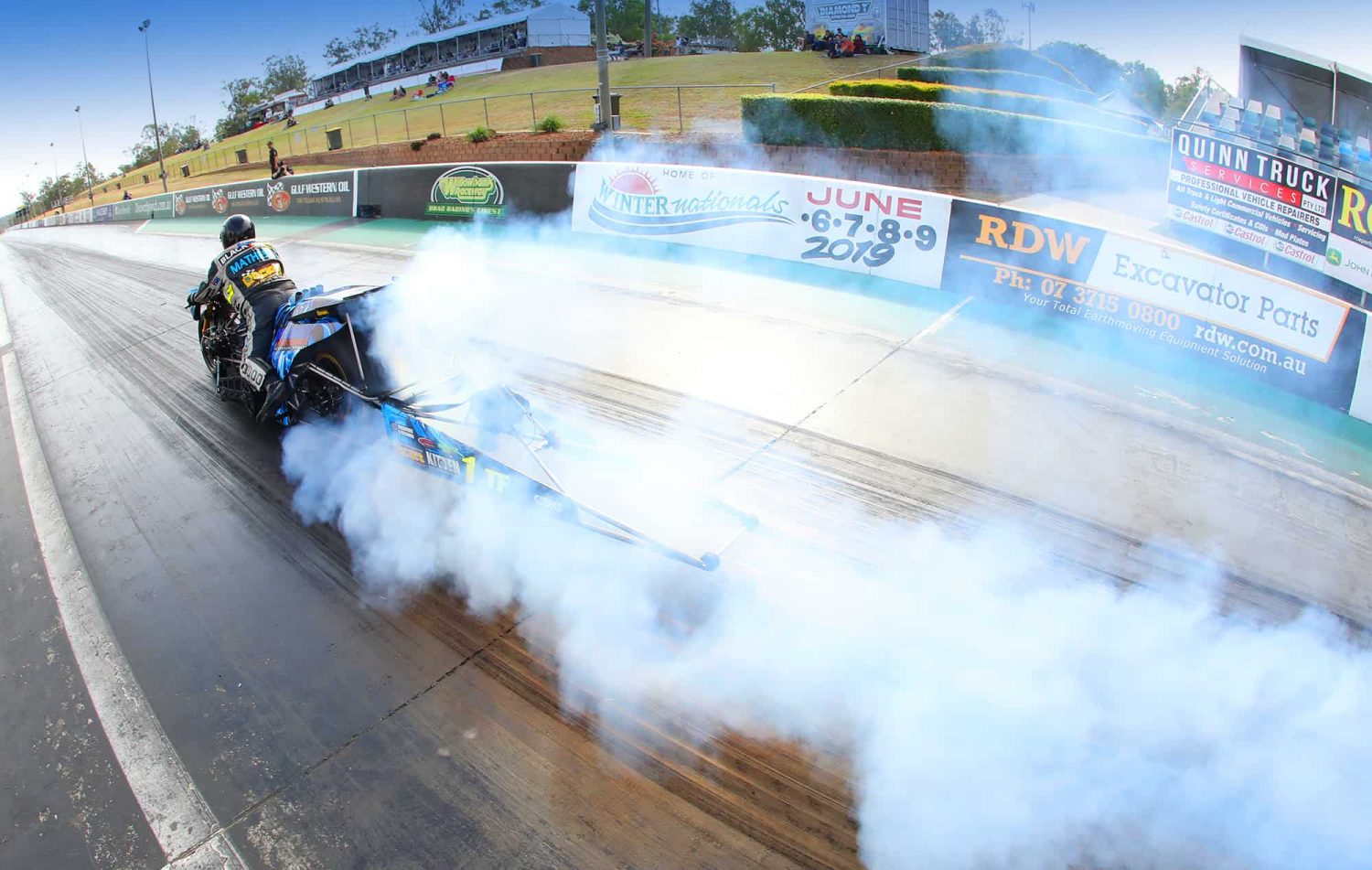 June 5, 2019: Following a number of “frustrating” 400 Thunder Top Bike rounds, Chris “Nitro Voodoo” Matheson was looking forward to a return to form at the Winters Warm-Up at Willowbank Raceway. Held the week prior to the 52nd Winternationals, Matheson and his crew were hoping to get back on the track and produce some […]