Round one of the inaugural Burson Auto Parts Australian Top Fuel Championship was run last weekend (January 1 & 2) at Sydney Dragway in Australia. The two-day event attracted a solid crowd on Saturday, who were entertained with a new fresh style, that included bike stunts, burnouts and fireworks in between racing. Seven-time Australian Top […]

Australia’s leading Top Fuel Bike teams NITRO VOODOO and ZAHRA RACING have announced they are joining the Australian Top Fuel Championship. This is great news for race fans who enjoy the thrill of two-wheel nitro action. Today’s announcement is the first of several exciting Top Fuel announcements coming out in the next two weeks. These […]

(October 11, 2021) Just over a week ago, current Australian Top Fuel Motorcycle Champion Chris Matheson and John Zahra, put on a crowd-pleasing, nitro-burning grudge face-off at Palmyra Dragway’s PDRC Rd 5 event on October 2nd. Matheson travelled some 12 hours from his base in Brisbane to attend the event to help raise funds and […] 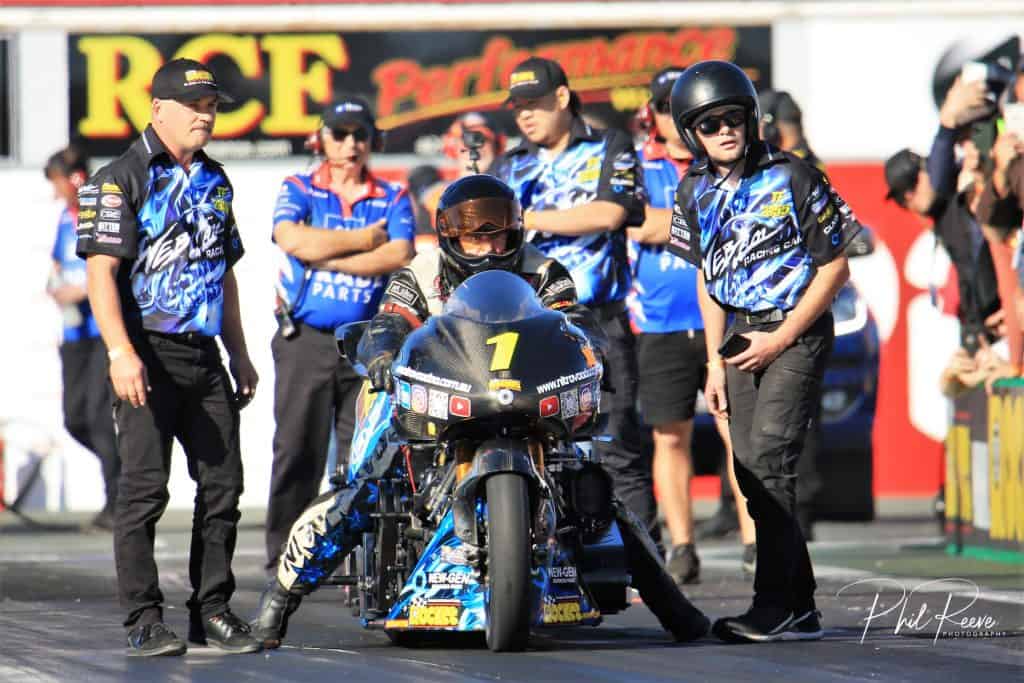 SEPTEMBER 28, 2021: There is nothing better to beat the COVID-19 blues than a shot of nitromethane. While the majority of tracks in Australia have been affected by COVID restrictions and limitations, Palmyra Dragway is set to explode this October with a nitro grudge race between two of the quickest and baddest Top Fuel motorcycles […]