Wow! What a year it’s been.

The Covid19 impact across the world has been significant, to say the least, both personally and in business. In Australia, as with the rest of the world, this pandemic has certainly left its mark on our society. Let’s hope a vaccine is around the corner so we can begin the recovery process and get back to a new normality.

Like most sporting activities, Drag Racing suffered around the world.

An open letter from 400 Thunder’s General Manager Steve Bettes was sent. to all Professional and Sportsman competitors. It said, “With restriction put in place by State and Federal Governments, drag racing took a big hit, as did other major sporting codes. We lost a number of Championship rounds including Santos Super Thunder, Gulf Western Nitro Thunder, Gulf Western Winternationals, and the Atlantic Oils East Coast Thunder.

“At this time, the wheels are in motion to re-commence racing again (pending borders re-opening) in January 2021 and re-named as 2019/2021, 400 Thunder Championship Drag Racing Series – Super Season calendar.

“Unfortunately however this current calendar is still totally subject to change by Covid-19 restrictions and border closures”, Bettes said.

Matheson added, “So, in the meantime, while we wait for a green light, we’ve been undertaking some improvements to the – championship-winning, record-holding Nitro Voodoo Top Fuel Motorcycle.

“This included experimenting with weight transfer on the bike to increase traction and stability. We also re-designed the wheelie bars to minimise slap at the launch, thus ensuring the rear tyre gets the best chance possible to grip the track at the launch of the run. Amongst a few other subtle refinements to the machine, we are keen to put all the workshop hours into practice once we get back to racing.

“With fingers crossed and subject to border constraints, we hope to test before the end of the year in readiness for the New Year.”

“Wishing you all good health and a speedy return to some kind of normal soon.” 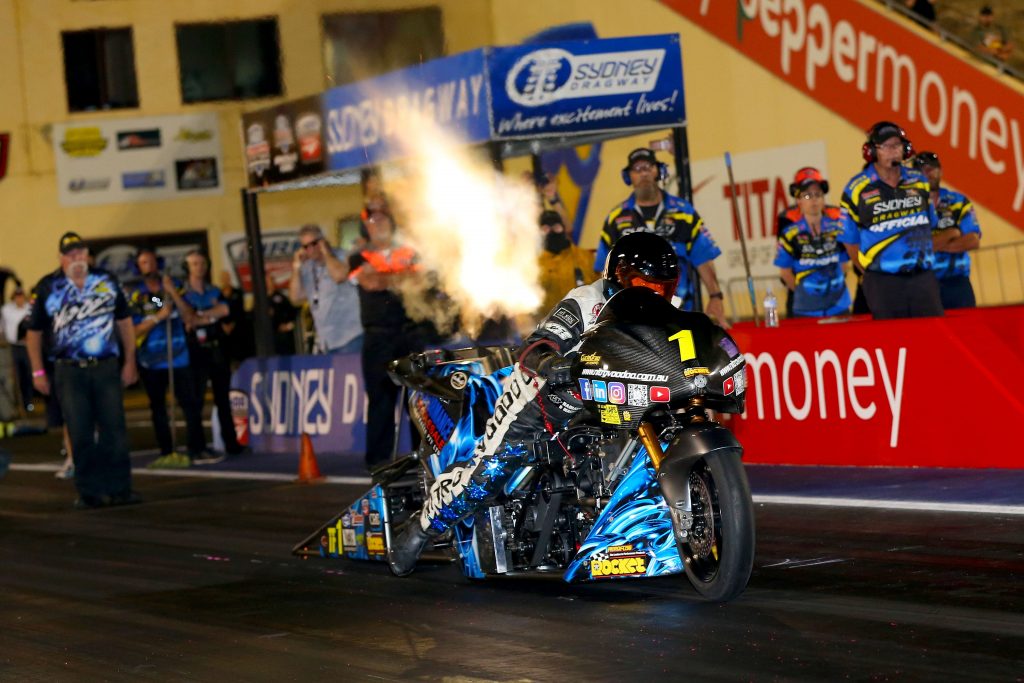 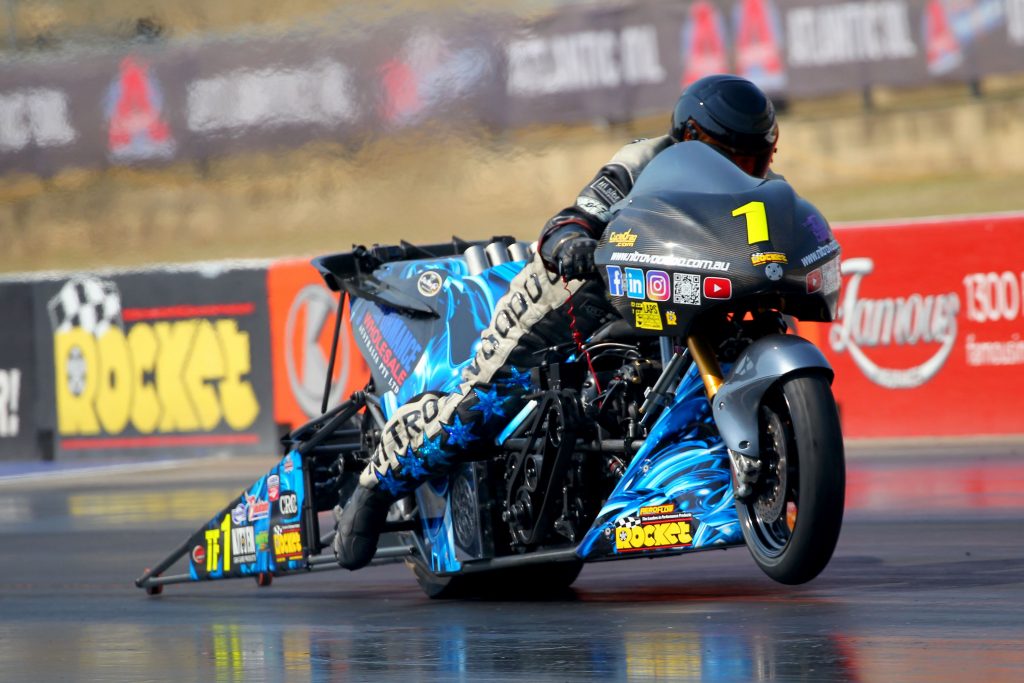