May 16, 2019: Twelve months ago at the 51st Winternationals Chris Matheson had wrapped up his fifth straight Australian Top Bike Championship.

This left the door wide open to focus on hopefully becoming the first rider in the southern hemisphere to break into the elusive 5-second barrier, something he had been chasing for six years.

Since then Matheson has experienced many highs and lows on his “Nitro Voodoo” machine. Having dominated the class with more 6.0s than any other competitor, he continues to raise the bar in Australian Top Fuel motorcycle performance.

The conditions on Sunday at the 2018 Winters looked right for a fast ride. Matheson had been progressively running quicker over the three-day event when this happened!

“On the green the bike took off like a shot, carrying the front wheel until I shut off at the 1250-foot mark,” said Matheson.

Things got wild in the braking area for the “Nitro Voodoo” bike with Matheson hard on the brakes. At one stage it looked as if had locked up with smoke coming off the front wheel. It was certainly one of those heart in your mouth moments.

“It felt very strong and the bike was pulling hard all the way, but there was an issue with the timers and I didn’t receive any ET or speed. At the time I didn’t know there was an issue until the OVO Livestream camera crew came up to me and told me. At first, I thought they were playing a joke, but sadly it was true,” remembers Matheson.

In a few weeks’ time, the multi-champion will be ready to do it all again and hopefully shine at the 52nd running of the Winternationals.

The Winternationals is the largest drag racing event in the southern hemisphere that sees racers and fans travel far and wide to attend this prestigious sporting event, in Ipswich Queensland. It is also the final event in the 2018/19 400 Thunder championship.

Matheson currently leads the Top Bike championship points chase on the back of a dominating season having made all finals, except a Sydney round due to a back injury.

Despite dropping a round, Matheson, has led the charge clocking lowest ET for the entire season so far with a strong 6.08 recording at Sydney Dragway recently.

Asked how the season has been so far, Matheson replied, “It’s been an odd season where rain and numerous incidents out of our hands took opportunities away from us to win more gold 400 Thunder Christmas tree trophies. We have been consistent all year but not been able to run the bike as hard as we could have. The team has worked hard, only to be let down at the finals for one reason or another.”

“We have been working hard on the engine program and it is running better than it has in the short times so we hope to get the opportunity to run as far as possible to the finish stripe to see what the bike can do over the quarter mile,” said Matheson.

“The results this season, including some 6.0’s, has been encouraging considering we haven’t been past three-quarter track under full power.

“At the right time of the current season, we are producing quick half-track times under 4-seconds at the 200 mph (321kph) mark.

“We expect the conditions at the Winternationals will be ideal for quick times if the track is in good shape.  Last year we won the event and the championship for the firth time and that is our intention again in a few weeks’ time.

“Right now, it’s game on with just a three-point lead over our nearest competitor. We have a race on our hands and hopefully, we can play the game and secure as many points needed for us to win a sixth Top Bike title”, finished Matheson.”

The Gulf Western Oil 52nd running of the Winternationals will be held at Willowbank Raceway on June 6-9.

For more information head to www.willowbankraceway.com.au 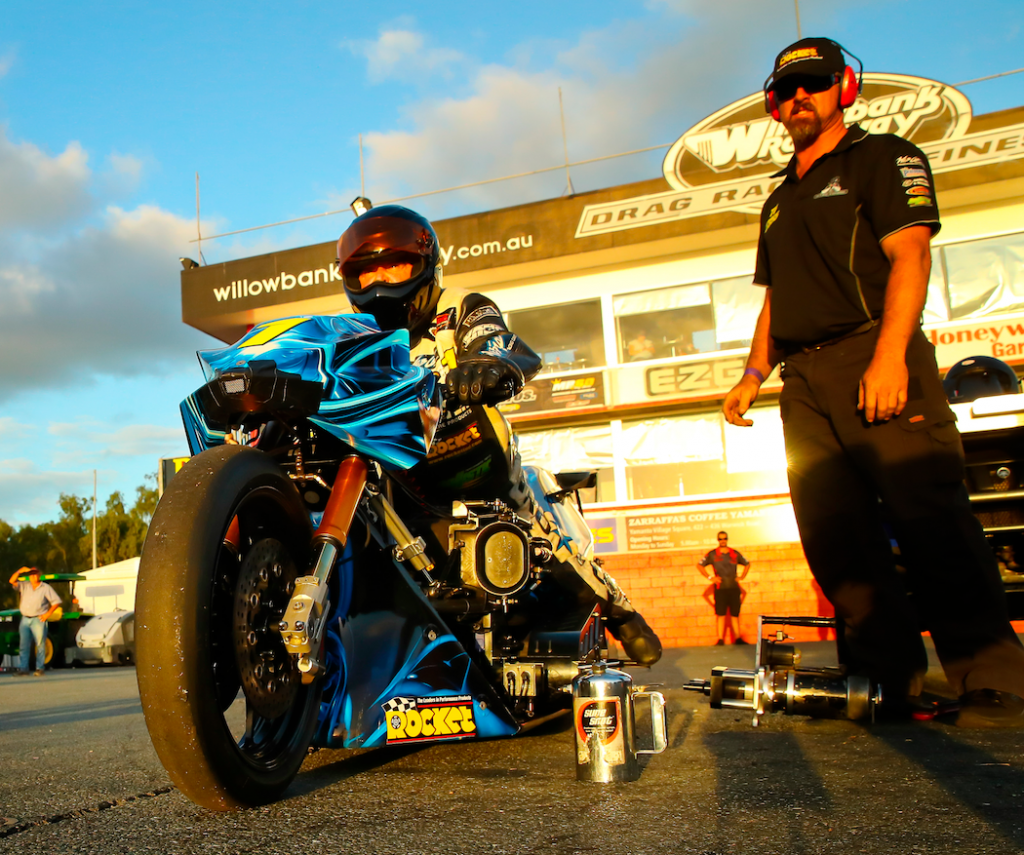 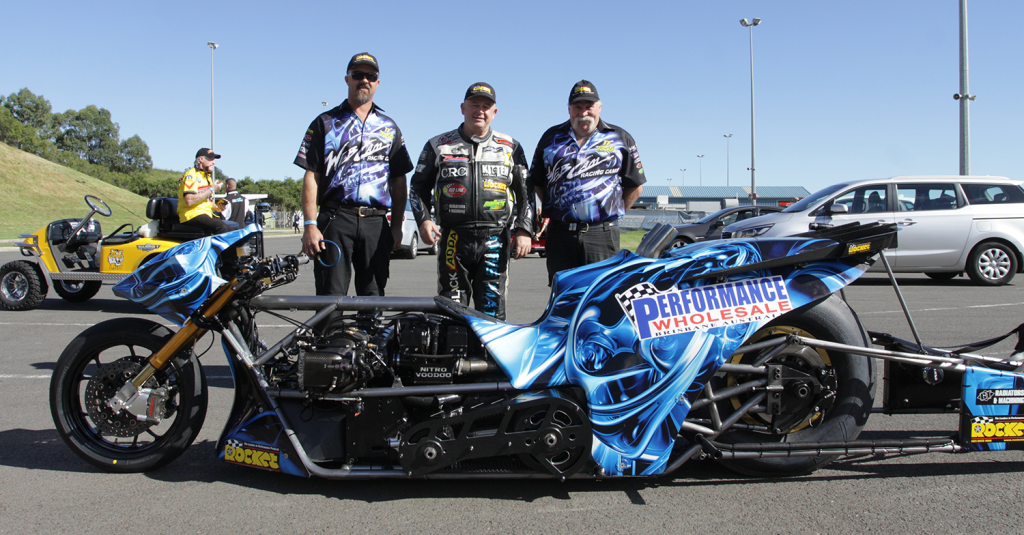