The Winternationals is the longest running and biggest drag racing event outside of the United States and as such carries a lot of prestige. It annually attracts overseas interest with people travelling from New Zealand, England and the US to witness Aussie drag racing at its best.

One of those travellers was Jack Korpela from the States. Korpela is well known around the world with his CycleDrag.com website, social media and YouTube platforms. As soon as Jack landed at Brisbane International Airport at 5 am on Friday, he was off heading to Willowbank Raceway for a huge weekend.

Coming into the event Matheson had a slim three-point lead over Perth’s Jay Upton, so the pressure was on to stay ahead of the opposition. He also knew with WA rider Les Holden, and local drag bike legend Gavin Spann in the mix, anything could happen.

“All I had to do was sneeze and my championship hopes could have been lost,” said Matheson. Gavin, Les and Jay all had the potential to be spoilers, so I knew I had to be on my A-Game.”

The first run for the Nitro Voodoo fuel bike was a matchup against Upton, something that had the fans on their feet. The result was an on and off battle to the finish line with Matheson taking the win light in 7.49 seconds to an 8.95.

“We knew the weather was going to interrupt us at some stage so it was important to go hard and grab that No.1 ET just in case,” said Matheson. This event was a game of points and I wanted to get as many as I could. However, we may have been too greedy on that run so we will go back and soften the bike up a bit.”

The following day (Saturday) had plenty of blue skies and sunshine. Matheson lined up against Upton for the second time and put down a sensational run, clocking the quickest motorcycle pass in Australian drag racing history – 6.036 seconds at 192 mph.

Matheson said, “The short times were good with 204 mph to half-track in 3.8 seconds so it was certainly strong. I struggled to keep the bike in the groove nearing the centreline, not wanting to risk top qualifying I shut it off at the 850 feet mark to ensure we retained lane choice for the first round of eliminations.

“We knew we had plenty in reserve so we banked that knowing full well it was a keeper not to be beaten by the rest of the field.”

The final Pro qualifying session was cancelled due to a dewy and cold track.

On Sunday the first round matched Matheson with Les Holden with the champ taking the win in 6.73 seconds at 197 mph despite blazing the rear tyre with a couple of peddles.

Joining Matheson in the final was Upton who took a close win over Gavin Spann.

This was the run everyone wanted to see but unfortunately, the track went off as the cold conditions returned. It was a pedal fest for both, Matheson taking the win and nabbing his sixth championship title in 7.66 seconds to an 8.78.

“Matheson said,” We took out a little more in the tune-up for the final as we still had an angry bike pulling well over 3Gs in the middle of the track!

“It wasn’t enough and blazed the tyre at the hit as I saw Jay disappear down the track. I shut it off then snapped the throttle wide open as the bike took off like it was stolen. It’s risky running down a fellow competitor in these circumstances as with the bike locked up in direct drive you are about to unleash a heck of a lot of power when you crack open the throttle.

“I ran down Jay towards the three-quarter mark and grabbed a hard-fought win for the Nitro Voodoo team.”

“Despite missing a championship round in Sydney through an injury, we still had enough points in the bag to win the championship which was a great result,” said Matheson.

While the five-second ET will have to wait for another season, Matheson has raised the bar as far as championships are concerned. As a three-time ANDRA champ, Matheson joined 3 x winners – Upton, Bill Curry and Ian Ashelford. Later in the 400 Thunder Pro Series, Matheson continued to dominate Top Bike with a further three championship titles, giving him a total of six, something that may never be repeated.

“I’d like to thank my awesome Nitro Voodoo crew for working so hard all season and to my sponsors for their ongoing support to get our sixth Australian Championship and another Winternationals win.

“I’d also like to thank all the fans who came on down to our pits and said hello. It’s great meeting everyone and even better seeing younger fans showing interest in Top Fuel motorcycle,” finished Matheson. 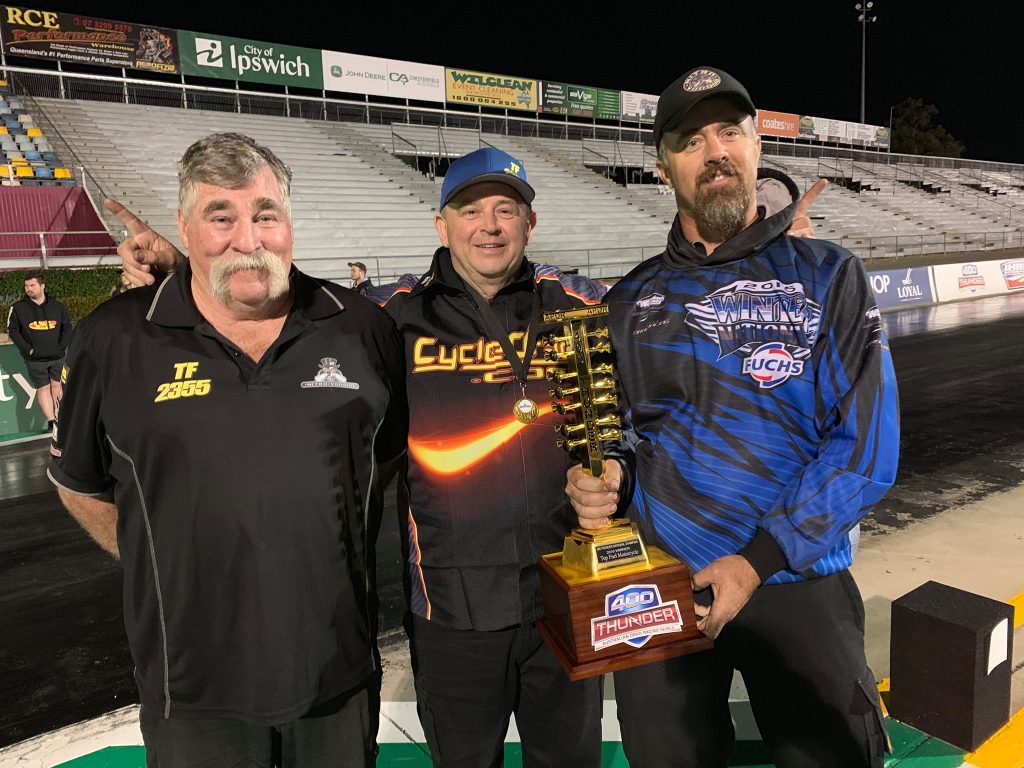 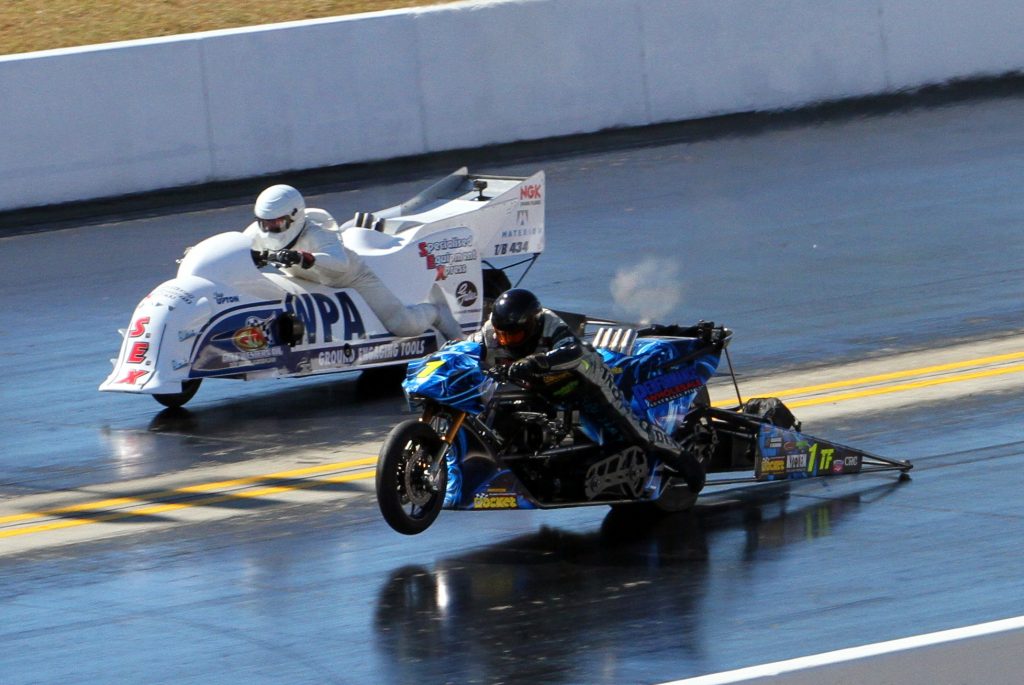