June 5, 2019: Following a number of “frustrating” 400 Thunder Top Bike rounds, Chris “Nitro Voodoo” Matheson was looking forward to a return to form at the Winters Warm-Up at Willowbank Raceway.

Held the week prior to the 52nd Winternationals, Matheson and his crew were hoping to get back on the track and produce some decent performance from his championship winning 1500 hp nitro Top Fuel Motorcycle.

On Saturday things didn’t start off well when the crew were unable to start the bike in the pit warmup due to an electrical issue and missed the first session.

“It was a real head-scratcher for the boys because we had fired it up back at the workshop. We had no spark and trying to find an electrical issue is sometimes like looking for a needle in a haystack,” said Matheson.

“We had to trace the electrical system from front to back and found out we had a suspect connection on the distributor.

Matheson returned for two other attempts but the bike went up in smoke off the launch.

“We had planned to go to half-track to bed in the new motor. The burnout was strong but at the hit, I got into some shake and couldn’t hold it and then spun the tyre about 100 foot out.

“We’ve made a lot of changes since Sydney, so it was important for us to get in some solid testing. While it would have been great to get a run in, the good news was that it didn’t hurt itself and we are back to where we were before some gremlins crept in,” said Matheson.

“For the 3 o’clock session we pulled fuel and ignition out to try calm her down and get down a bit further but we just couldn’t get the grip we needed for a full pass.

“It wasn’t worth going out for the final 5 pm session because the track was only getting worse for us.”

The following day Matheson and crew were back at the track, however, the forecasted rain arrived and the remainder of the day was cancelled.

“It was disappointing for us as we didn’t really achieve anything. But that’s drag racing for you. The good news was that we had no engine damage and we are ready to do it again this weekend,” finished Matheson.

The Winternationals kicks off this Thursday with Top Bike qualifying scheduled on Friday 3.30pm. Saturday has two more sessions at 2.30pm and 4.40pm AEST.

Sunday is race day with Rd 1 at 11.25am, Rd 2 at 2.11pm and finals at 4.34pm. Times are subject to change so keep up to date at www.willowbankraceway.com.au and on FaceBook – chrismathesonracing 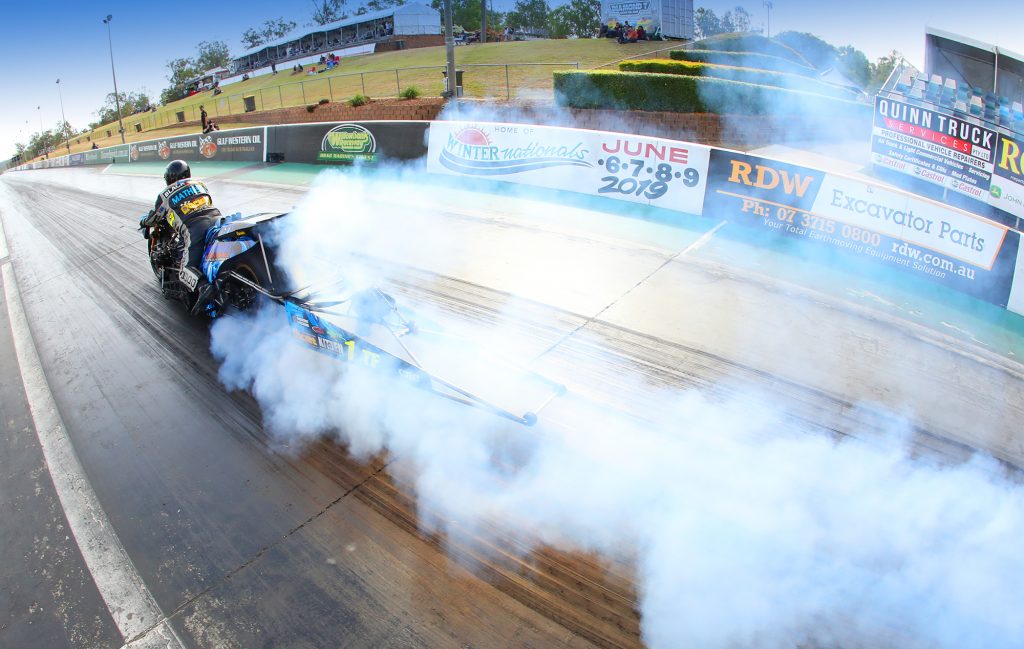 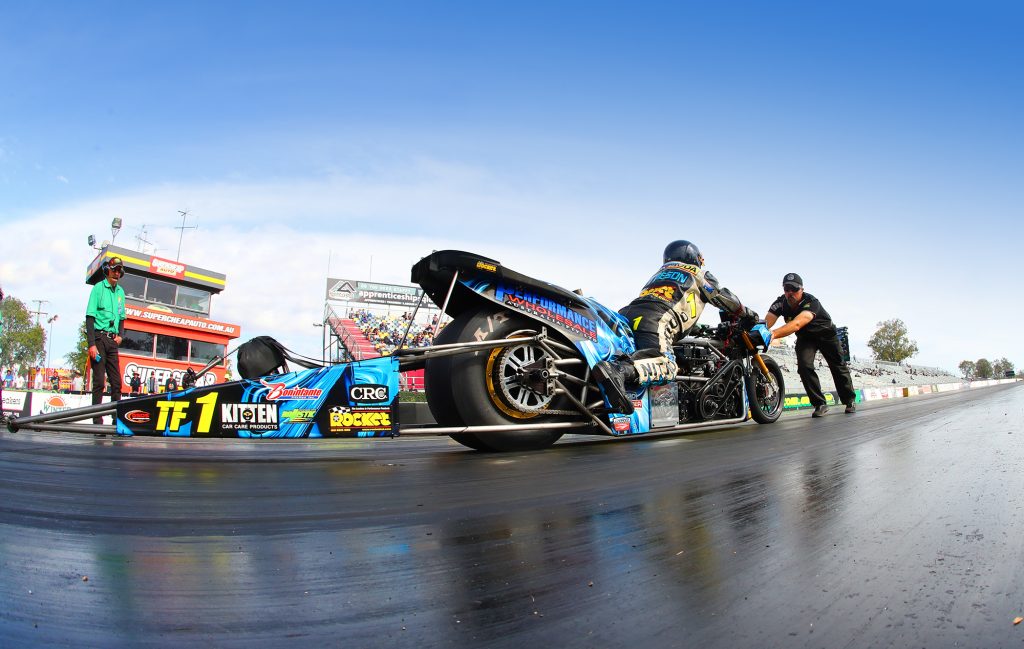