March 26 2018: Four-time Australian Top Fuel Motorcycle champion Chris Matheson is looking forward to the Santo’s Super Thunder event this Friday on March 30. It’s an event that is etched into the drag racing history books when his nitro-burning Top Fuel Motorcycle became the quickest and fastest in Australia.

At this year’s event, Matheson will be joined by local rider, and former national champion Gavin Spann. And both riders have made it clear they are looking to run new personal bests.

“I’m looking forward to lining up against Gavin and race for bragging rights,” grinned Matheson.

“Spannerman’s fuel burning bike has a lot of potential, and with a best elapsed-time of 6.6 seconds, that’s enough to upset anyone in the opposite lane, including me. He is an experienced motorcycle rider having worked his way up the ladder so the fans are in for a treat this Easter Friday. It will be game on as we both want to improve on our best performance numbers.”

Making this nitro-burning battle on two-wheels even more exciting is the fact that neither rider has lined up against each other over the past 8 years!

“It was at this event in 2013 when I ran solo exhibition runs,” remembers Matheson. We turned up the wick to try to put on a show for the fans. Willowbank at this time of the year provides excellent atmospheric conditions and combined with a sticky racetrack, we were ready to throw the kitchen sink at it.

“In the preceding runs the bike was violent and a real handful. It shook its head, wobbled and weaved to half-track before settling down and hauling in the back end of the track.

Matheson recalls, “Our pit area looked like a tyre store as we chunked a tyre every pass, stretched a chain, binned plugs, oil, brake pads, and burnt up almost two hundred litres of nitro!”

The second day looked to be no different. The “Nitro Voodoo” bike was still slow to half-track, but very fast in the back end.

“As the meeting fell into darkness, the wind settled and I felt this may be our last chance for the weekend to run fast. It was definitely a case of now or never,” said Matheson

“The window of opportunity was narrow because I knew the moisture would come in the shape of heavy dew later that night.

“The bike left the line in a cloud of clutch dust and weaved its way to half track. I thought the rear tyre was deflating, but it settled as I dropped down and held on. I can remember watching the end of the track lights disappear…fast.

“Each time the bike reared up, it picked up more shots of power as the lean outs came in.

“The bike was killer fast in the back half of the track, picking up nearly 70 mph or 120 kph, until I shut off just before the finish line.

“Willowbank is probably the only track in the world where you cannot see the end of the track from the start line,” said Matheson. It can be very unnerving for motorcycle racers as we go over the finish line with the front wheel a metre in the air!

“But then a split second later when you shut off, the front wheel comes down and it’s like yeeehaa, I’m back on the ground!

“I’m pumped and looking forward to running at Willowbank this Easter as the conditions will be optimum for that time of the year. Hopefully, everything will line up and we can reset our records and put on a good show for the fans,” said Matheson. 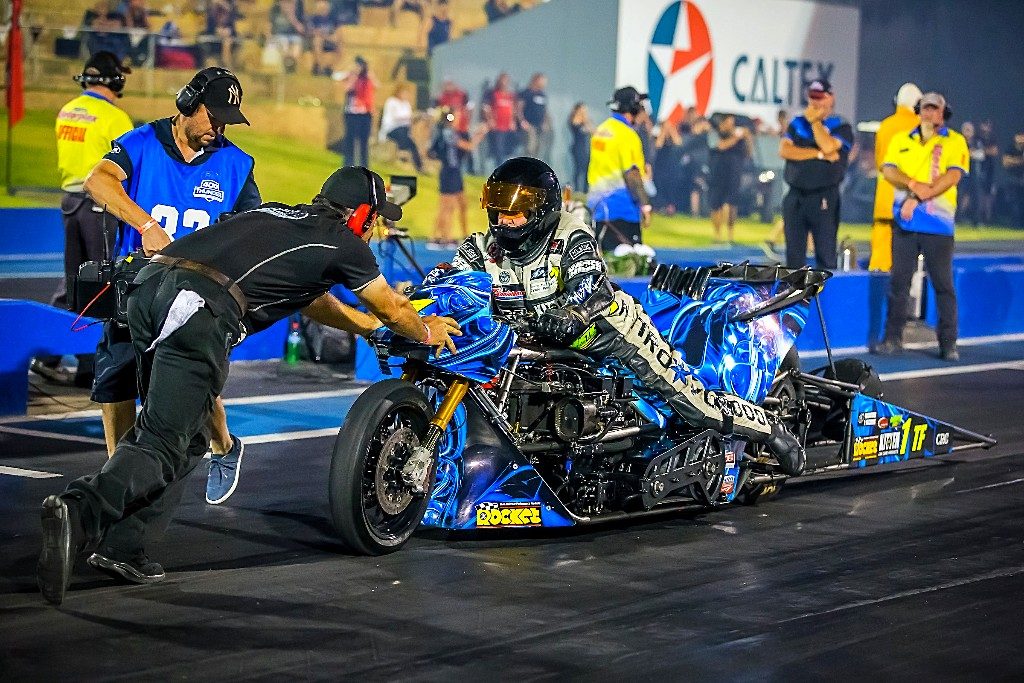 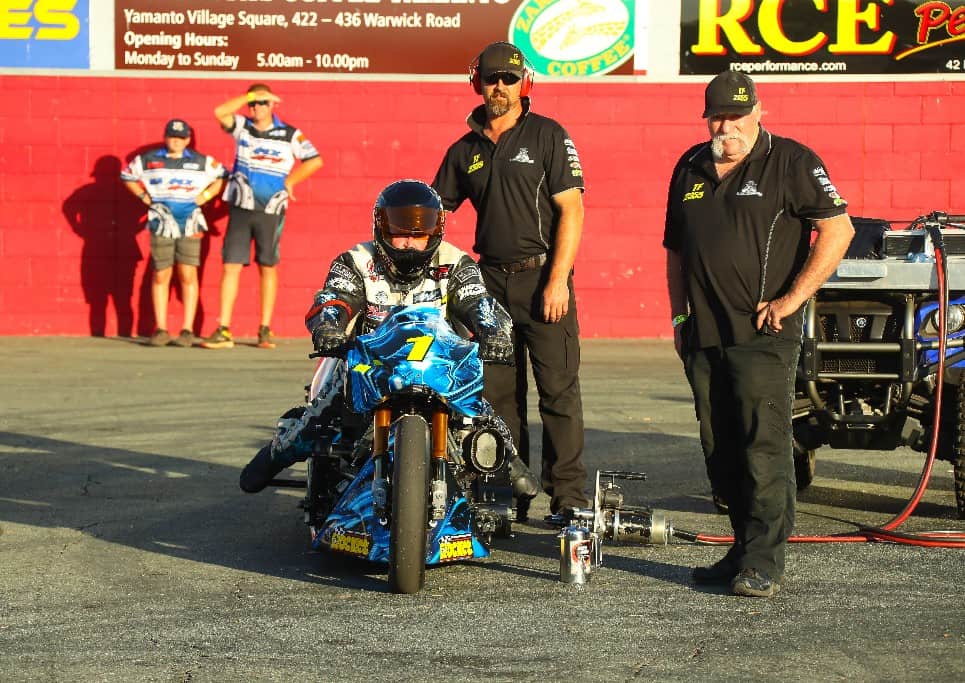