No Gain Without Some Pain For Nitro Voodoo

April 12, 2019: Following some major changes and upgrades to his record-holding Nitro Voodoo Top Fuel Motorcycle, Chris Matheson was eagerly looking forward to some track time at the recent Sydney Jamboree.

Unfortunately, wet weather stopped any opportunity to test leaving Matheson to regroup a few weeks later and try again at his home track on March 29.

“We were super keen to get in some runs and see how the bike would perform,” said Matheson. “On the laptop everything looked good, but on the track it could be another story altogether.

“The plan was to initially take small steps in the first half of the track to make sure everything was working. We could see what the bike was capable of but wanted to sneak up on it. After making three runs at different increments, all was looking good for a full pass.”

On the launch everything was working as it should when just past half-track Matheson was in a whole lot of trouble. The chain broke and did considerable damage to the bike’s frame as well as the bodywork.

“It happened very quick. We have never had an issue with the chain so we know we must be making some serious power. When I stopped and checked out the damage, I gave my leg a pat or three. It could have been a lot worse,” said Matheson.

As such with the next round of the 400 Thunder Top Bike Championship fast approaching on April 19, Matheson and crew got straight to work on the necessary repairs.

“We had a lot of work ahead of us,” continued Matheson. The first thing was to strip the bike down so we could get working on the chassis and the body repairs. We also took the opportunity to upgrade to a double chain.

“We will be testing at Willowbank on the Thursday prior to the Super Thunder event to make sure everything is OK and working,” said Matheson.

“I’m currently sitting third in the 2018/19 400 Thunder Top Bike Championship, so this next round is very important to us. We can’t afford to fall behind and with points leader Jay Upton and Gavin Spann on the entry list, I’ve got to get as many points as I can, and finish well.

“Joining the championship round is Perth’s Les Holden, and if John Zarah can finish his licensing off on Thursday, I’m going to have my hands full.

“I’m looking forward to the Super Thunder event. It’s been a special event for me because its where I ran the quickest and fastest pass for a nitro Top Fuel motorcycle in Australia and set both ends of the national record,” said Matheson

Joining the Super Thunder line-up is Pro Stock and Pro Alcohol. For tickets and more info go to www.willowbankraceway.com.au

The Nitro Voodoo website has also received an upgrade in time for the next race.

“As we move into top gear with our racing program, I wanted to take the opportunity and give our website with a fresh new look. It has only just gone live this week so please check it out at www.nitrovoodoo.com.au, and don’t forget we are also on social media with our Chris “Nitro Voodoo” Matheson Facebook page.” 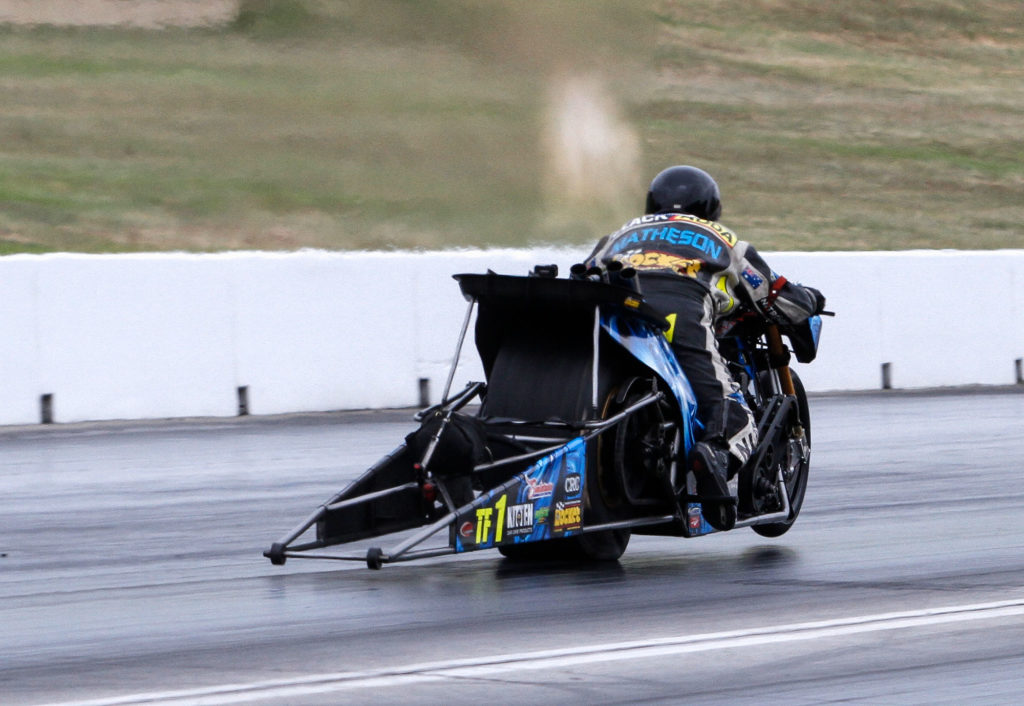 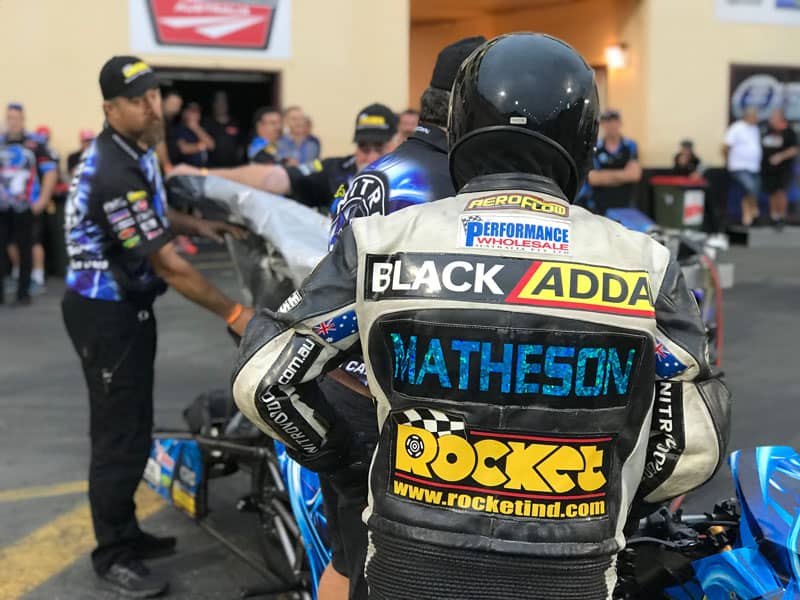