It was the first time in a while that 400 Thunder Championship drag racing returned to the centre-stage following the relaxing of outdoor Covid 19 restrictions.

As such, the crowd on Saturday was one of the biggest seen at Sydney Dragway in many years.

Matheson was testing modifications he had made to his 1500 horsepower nitro-burning machine in anticipation of the upcoming Gulf Western Oil Winternationals to be held at Willowbank on June 10-13.

“We had good intentions to test in the lead up to the GWO Nitro’s, but the weather had other ideas”, said Matheson.

“Qualifying was washed out on Friday when rain set in for the day; however, the sunshine returned on Saturday.”

“The track upgrades and overall improvements at Sydney Dragway were a showcase of drag racing in Australia; a large crowd not seen for a long time were entertained with some great racing, and DJ superstar Carl Cox had everyone dancing on Friday night.

“We had three runs come race day, but unfortunately did not lay down a representative pass as the bike was steering right into the wall,” said Matheson. “We tried some changes, but without improvement.

“On the final run against North Queensland racer John Zahra, we both got off to a good start but I had to abort my run when my bike got out of shape. Zahra was on a march only to cross the centreline, and as such was disqualified.

“We congratulate John and his team and I must thank the Nitro Voodoo Team. The guys really worked hard all weekend to get the win and, in this case, luck was on our side.

“Next month I’m back at my home track at Willowbank Raceway and can’t wait to run well for our sponsors and fans,” finished Matheson. 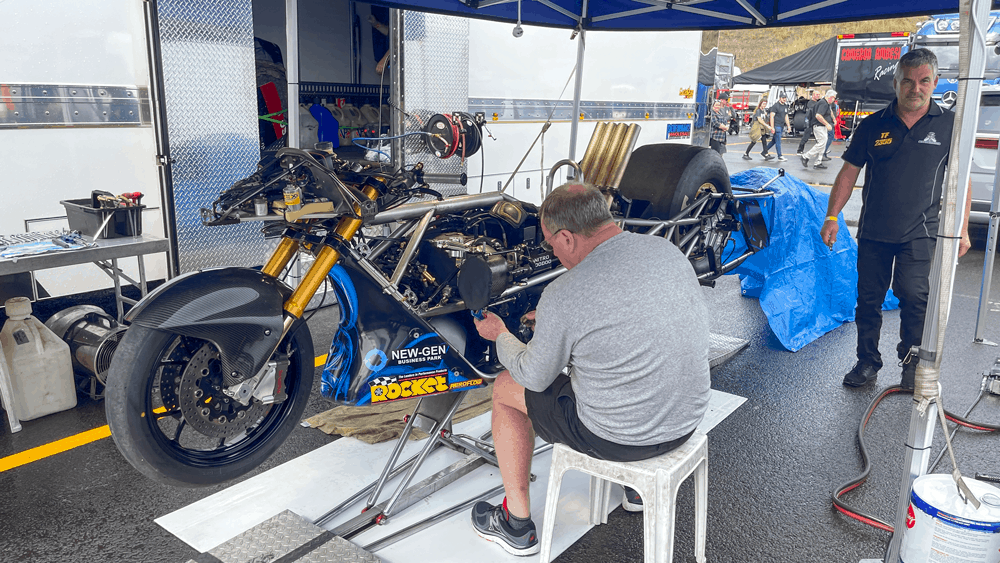